Exploring a country’s grub is a delightful experience whilst travelling – this is no different when visiting Australia. But what exactly is Australian food? Though distinctly multi-cultural with an array of cuisine from all over the world, when travelling to Australia one must surely eat Australian food. We’ve rounded up a list of what we think are Australia’s food legacies. Give it a try and you’ll be mildly surprised that you’ve been missing out! Nothing is more Australian than a barbecue, and nothing is even more Australian than a barbecued snag (sausage). The traditional snag contains both pork and beef and is enjoyed all over the country with good company. It is usually eaten wrapped in a slice of bread smothered with grilled onions and drizzled with sauce – either ketchup or barbecue. Other toppings, optional. Australian food for lunch? Then go for the traditional, the sausage roll. Originally of British origins, the savoury sausage roll is widely popular in Australia. It simply consists of a sausage wrapped in puff pastry and oven baked to perfection. It is comfort food at its finest.

Photo: beyondtheflow.wordpress.comAustralians love Vegemite. For international palettes, this may be highly debatable. However, in order to immerse yourself fully in Australian culture, eating Vegemite on toast is a must. Considerably, the description for Vegemite on the web isn’t too appealing. Webster dictionary defines it as “a thick, black Australian food spread made from leftover brewers’ yeast extract with various vegetable and spice additives.” This is too technical a description and we argue otherwise, it is quite the toast. Yes, Australians eat their national animal (though reluctant) and are highly encouraged to do so due to the population increase in kangaroos. So when in Australia, do help out and savour kangaroo meat. Usually best eaten rare to medium rare, and never well done. Hamburger is a pretty common food around the world. However, hamburger with beetroot hails from the land down under. Everyone knows that Australian beef is of premium quality, now top that with beetroot – words cannot describe such gastronomic delight. The pavlova is a classic Australian dessert that is made of crisp meringue layers and topped with whipped cream and fresh fruit. There is an on going debate as to where the cake was invented – in Australia or New Zealand? Surely if it is topped with kiwi, it must be from New Zealand? We digress; this squabble over the origins of the cake, which was named after Russian ballet superstar Anna Pavlova, remains to be a mystery. Let this not stop you though from enjoying the pavlova! Arguably one of the most important and celebrated Australian exports in the world, and ranked the world’s most popular biscuit per capita. The success of Tim Tam’s is warranted – it is simply delicious and addictive. It consists of two biscuits with a light filling in between, finished off by a coating of chocolate. 35 million packs of sales per year does not lie! What are your favourite Australian food? Share in the comments below! Interested to visit the land down under? Join one of our tours and experience the traditional Aussie barbecue amidst the view of the Australian outback!

Patrick Bedford
Patrick Bedford
Operating since 2001, Emu Run Experience brings travellers up close and personal with the wonder and majesty of Uluru, Kata Tjuta and the incredible highlights of Central Australia. Our group tours offer sights and experiences that visitors to Uluru and Alice Springs will never forget. Each experience is suitable for people of all ages and fitness levels. The Most Unforgettable Outback Experiences

You must have heard this before: journeying in the outback is a…
Read More 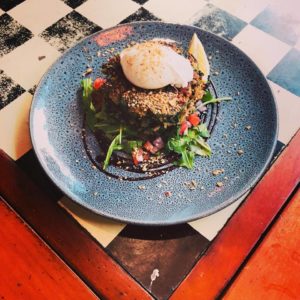 What to Do in Uluru For a Day

After a ton of research, you’re absolutely certain that Uluru is one…
Read More

Experience the wonder of Outback Australia on our award winning group tours.